Congress is expected to introduce a "religious freedom" bill that would allow for discrimination on the basis for religion. Of course, it's unconstitutional, but as they say "you can't have a battle of wits with an unarmed man."
But here's the problem. I could find a way to discriminate against pretty much anyone based on what's in the good ole book.
Let me show you what I mean using the Donald and the 10 commandments as my reference point:
Worship god? One could argue his businesses are more important to him and that offends my beliefs.
Honor your parents? His mother was an immigrant. He does not honor her memory with his stance on immigration.
The sabbath? I could say I was offended by the photo I saw of him in church. He looked bored. I think he would rather have been golfing.
Idolatry? He loves gold and big buildings.
Blasphemy? I know he has said "god damn" and that isn't acceptable!
Murder? Just thinking that he could kill someone and get away with it violates the principle. He insults the 10 commandments.
Adultery is the easiest one. Guy got around while he was married. And his comments about grabbing women by the pussy rightly insults me.
Theft? Maybe he stole an election. But in a more specific sense he has clearly stolen from people who work for him, investors, and others. I got a problem with that.
Dishonesty? The man lies constantly. He talks in alternative facts. That offends me!
And coveting? Clearly his ways of coveting other women and other people's possessions - and even the grand adulation - I can't take that.
So you can see how it would be easy to apply it to anyone. It's a broad paintbrush anyone can use to promote hatred. It's absurd.
So here's where this nets out for me. If it somehow becomes law I am going to discriminate against stupid people, because that's my right. And I'll use this as my reasoning:
Proverbs 13:16 "All who are prudent act with knowledge, but fools expose their folly."
I would be legally able to discriminate against anyone who chooses not to use knowledge!
So at least there's a silver lining.
Not really of course but it underscores the ignorance of this proposed law. 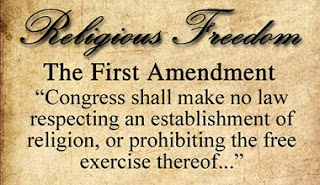