That pesky first amendment, and religion

The first amendment to our constitution is pretty clear:

"Congress shall make no law respecting an establishment of religion, or prohibiting the free exercise thereof; or abridging the freedom of speech, or of the press; or the right of the people peaceably to assemble, and to petition the Government for a redress of grievances."

I highlighted the relevant part to make it easy to spot.
And yet there are some in this country (including the person in the attorney general role) who seem to think that we can allow for religious expression in government, prayer in public events, or the ability to discriminate based on religion, as a right.
Some even argue that we are some kind of Christian nation, based on the founding fathers having been moderately religious, and in part because Benjamin Franklin heavily influenced some of the thinking by helping to create the great seal and having made clear that obedience to god was a part of protecting against tyranny. Which really isn't so much about religion, as it is about protecting our fledgling nation.
Besides, none of them was particularly devout, and they all held their faith close to their vest. Information here http://lehrmaninstitute.org/history/the-founders-faith.html
So let's assume the religious folk are right. But where do we start? If we say we are "one nation under god," which god is that? In the history of humanity, there have been around 63,000 religions of some sort.  And among them, there have been an estimated 102 Billion (yes 9 zeros!) gods.  These include various forms, such as Zeus and the gods on mount Olympus, Roman gods, Egyptian gods, the thousands of Hindu gods, and so on.
If we decide to agree on a single Christian god, then we are establishing a religion.
Perhaps what some think is that the belief system should draw from what our founding fathers thought of as religion.
Let's explore that.
There were three main religions in America at the time of the revolution: Anglican, Congregationalist, and Presbyterian.
The Anglican Church was (and is) the official Church of England. It is based on the monarchy, and it had a fundamental problem in America, from Wikipedia:

For these American patriots, even the forms of Anglican services were in doubt, since the Prayer Book rites of Matins, Evensong and Holy Communion, all included specific prayers for the British Royal Family. Consequently, the conclusion of the War of Independence eventually resulted in the creation of two new Anglican churches, the Episcopal Church in the United States in those states that had achieved independence

So should it be the episcopal church instead? Wikipedia notes that:

Embracing the symbols of the British presence in the American colonies, such as the monarchy, the episcopate, and even the language of the Book of Common Prayer, the Church of England almost drove itself to extinction during the upheaval of the American Revolution.[27] More than any other denomination, the War of Independence internally divided both clergy and laity of the Church of England in America, and opinions covered a wide spectrum of political views: patriots, conciliators, and loyalists. While many Patriots were suspicious of Loyalism in the church, about three-quarters of the signers of the Declaration of Independence were nominally Anglican laymen, including Thomas Jefferson, William Paca, and George Wythe.[28] It was often assumed that persons considered "High Church" were Loyalists, whereas persons considered "Low Church" were Patriots; assumptions with possibly dangerous implications for the time.

So while it's reasonable to assume that episcopal works for this, its early version was very different than what we see today. Besides these factions would have neutered it as the one religion. Even if it was, do you think that everyone would accept that we are an episcopal nation?
The Congregational church was much more liberal.  Again from Wikipedia:

So this doesn't fit with the current view of Christianity, based on the shift being much more recent.
The presbyterians were more complex, based on the teachings of Calvin and Knox, coming from the reformist Protestant movement.  The religion came from primarily Scotland, where there was an interest in not being beholden to the crown.  But in the Americas, there were many dissenting views, and several factions that wanted Presbyterianism to spread and grow in different ways.  Around the time of the revolution, they had come together, mostly, seeking moral purity, but the Scottish tried to sway and influence them more. So there is uncertainty about their cause and purpose.  They were led by a counsel of elders who tried to influence government as well.
The problem here is that it was the smallest of the three main faiths, so it's unlikely to have been so influential in the direction of the founding fathers.
And as I noted, we can add to this discussion that the points of view of the patriots, loyalists, and others would have been more puritanical in nature. And certainly not the form of Christianity we see practiced today.
Maybe the religion was Judaism, because there was a small group that founded the first synagogues around the time of the revolution.  Or does that not fit with the point of view?
In summary, the founding fathers did not establish religion, rather they diverged from that notion.
And so for anyone to say that we're a Christian Nation is either deluded or outright lying to you. 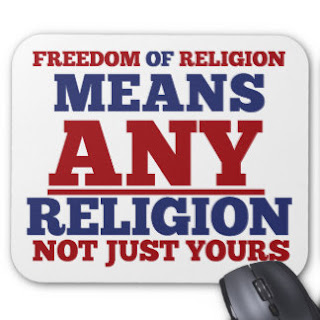