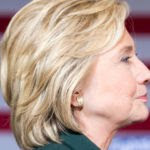 Right after the election results were known, I was shaking my head. I realize there's an inherent problem with predicting outcomes using polls, but it seems like the predictors were so wrong, and so far offbase that I find myself scratching my head over how it got to be *so* wrong.

Was the donalds campaign that savvy? Were secret voters a thing? Or was there some kind of irregularity going on? It was just so...peculiar. And spectacularly so.

I look at Florida. Clinton was ahead by a wide margin, so far in polling that he shouldn't have been able to make it up....in the first week-ish of early voting, voter turnout was near 30%. Then the news broke about nothing, and the polling changed considerably, and it became a near toss up. But with 30% already in the books, how did the polls change so dramatically? Was there a polling problem? Did voters change their minds?

I did some calculations when I saw it, and the math suggested that even so, with 30% or so of votes cast, it should work out to a range of her winning by as much as 100k votes, down to her losing by a narrow margin, about 10k votes. I could have had some fundamental errors or my own bias, but I still don't see how he could have won by nearly 120k votes. That just doesn't make sense.

I've been tracking the analysis, and someone else came to a similar conclusion. The analysis is a bit incomplete, but it aligns with what I was saying. http://www.palmerreport.com/opinion/rigged-election-hillary-clintons-early-voting-lead-florida-mathematically-insurmountable/114/