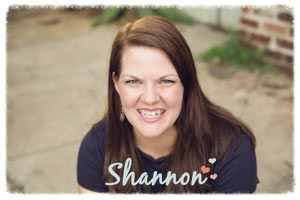 http://www.shannondingle.com/blog//im-pro-life-and-im-voting-for-hillary-heres-why
at October 28, 2016 No comments:

Follow the money. For many years, this was the mantra of new outlets. If you wanted to get to the root of any issue, you would just follow the trail of money - whether it was moved between and among people or use to pay for things, it always told a story.

Over the years this fell away as a means to find answers. It was due to three things: shrinking budgets at news outlets, so they didn't have time to focus on investigative journalism. Two, more opaqueness in an evolving world-wide banking system, and more laws that allowed for companies to shield their business dealings.  And three, the shift to less news and more entertainment. People want to hear about the latest celebrity breakup more than financial missteps.

But in the case of our cure to candidates, I hope the news does follow the money.  You know where this is going, but before I get them let me suggest that they should look into how Clinton has managed her wealth, her charities, and her campaign contributions. Go at it.

Now as for trump, I was reading a comment earlier from a financial type who posted out that trump either took an actual loss of $916 million, or he owes it to someone - and that someone is most likely himself. He suggests that someone figure out the details of it.  You can read more here:
http://brontecapital.blogspot.com/2016/10/some-comments-on-new-york-times-story.html

And I'll end with this quote from
http://www.huffingtonpost.com/robert-reich/the-real-scandal-of-trump_b_12299822.html

"Trump isn't and was never a smart businessman. He was and is smart at gaming the system. There's a difference."