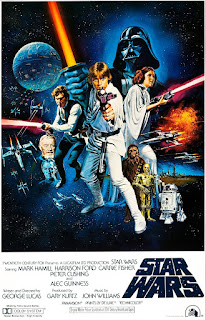 I hear people talking about how disney destroyed star wars through social justice.

I find it funny. Disney didn't destroy Star Wars that way, rather they destroyed it through a lack of vision and bad story telling.

But I did want to talk about the social piece for a moment. Back in 1977, when Star Wars came out, we didn't have this constantly connected society. We didn't have 24 hour tv. So one thing you could do for entertainment was to see a movie. It was pretty cheap, and the studios put out a lot of fare, some of it downright terrible and forgettable. But we would go a lot as a means to have an outing. As a middle schooler, some friends and I would go every Saturday to see a movie.

Anyway, Star Wars was different. It was fun. It was good. So we saw it many times. I can distinctly remember talking with friends about how many times we saw it. 6? 10? More?

And then there was a conversation my mom was having with her sister about the film that stuck with me, and made me look at the film a little differently.

The characters in that first episode were all white men, and nearly all British. With the exception of princess Leah of course, and the occasional background character.

My mom is Hispanic. She noted there were no Hispanics, Asians, people of color, etc.

To me in 1977, I filed this away. It didn't matter who was in it then, just that it was good. But I've thought about it pretty much every time I've seen it since then.

It was what happened at the time. That was HOLLYWOOD.

So you have to keep in mind that there was no public outcry. It was talked about in small circles, but it never became a thing.

Heck until Sally Field portrayed a strong female lead in Norma Rae a few years later, this kind of thing just didn't come up. Besides, you had Princess Leia who had a prominent role.

And as for other ethnicities? Through a lot of the 70s you had "blaxploitation films" and there was a revival of Charlie Chan played by a white man. So there was still work to do.

Lucas added Lando in the next episode, and broadened the array of characters in subsequent films. Amidala was a central character, and more was made about her stiff acting than the role she played. Heck, more was made of jar jar being a goofy guy who sounded like he was from the Caribbean and that this was somehow racist, than anything else.

And then along comes disney, and everyone looks for an excuse for what's wrong with their films.

This is a symptom of a changing HOLLYWOOD, and of a changing society. We see women, and minorities, getting bigger parts - and getting noticed.

For the first time, a year or so ago, we saw a movie about Asians played by Asians.

We've seen stronger female leads. More people of diverse backgrounds coming in to play leading roles. More movies about life that are written, directed, and acted by people who live that life.

But there is a problem, and it is bigger: Hollywood keeps remaking movies. Putting out drivel. Bad writing is an epidemic. There's too much CGI and simulations. And so the movies are generally bad.

This isn't a Disney problem. It's a big movie problem. People have to pay a lot to go, and the quality isn't always there.

Movies are competing with streaming, online activities, and a generally higher expectation.

And when they fail, but manage to get good reviews in spite of that failure, it reflects on the bigger problem.

This isn't about an agenda. This is about turning out crap, rather than storytelling.

For Disney, you want to make Rey? Make Rey! But don't just ignore what was there in this franchise before. Connect it in some way. If you told a great story and it carried on the storyline then you could have had a success. Instead of just calling something Star Wars and putting a few recognizable pieces in it and passing it off as something great.
at September 19, 2019 No comments: 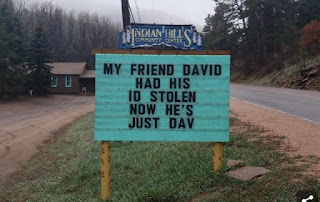 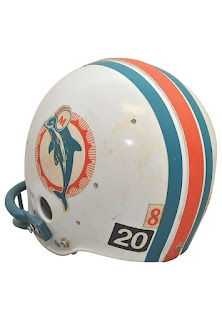 I don't follow them anymore, but I felt the need to say something about the state of the franchise.

First, you have the owner, who cares not about the team, the city, or anything other than being an owner. He's a friend of the trump and "speaks to him regularly"... his decision to step down from the committee on relations after it was found out he was hosting a fundraiser for trump was predictable. As was the trade of Kenny Stills - an outspoken critic of the owner.

Yeah, I think it's safe to say he gets none of my support or my money. Because F- that.

Then, you have this idea of "tanking" (which is actually a funny way to say it since dolphins are in tanks at the seaquarium, and there was one in the end zone in the early days of the team). You're expecting people to support you (either in investing time, money, or whatever) in spite of the crap you're putting out there? Suckers if they do, I guess. But how rude of you as a team.

And I'd just like to remind you that this "churn" has been going on for two decades. They've replaced coaches, GMs, players, had huge roster changes, and wound up with the first overall pick and the second overall pick in that time...and have thus far been unsuccessful at rebuilding the team.

And the nfl historically has not worked this way. I can't imagine it will be much different this time around. Insanity is repeating the same thing and expecting a different result. Yeah. Good luck.