Listeners to my podcast

I knew that when I added "one little spark" to my podcast, where I talk about social issues, I would lose some listeners.

But I felt like it was the right thing to do, and as I've said, Walt himself was engaged in social issues - and his business and politics are intertwined very deeply.

So in spite of protests that "this is a Disney podcast! Why are you doing this?!" I pressed on and will continue to do so.

And of course, I saw a drop in listeners.

But here's where things get interesting. In looking over my all-time listener count, I saw a trend from where I started: my podcast grew, and grew, and grew.

In October of 2019, I had around 1,000 subscribers, and was regularly averaging over 1,500 listens to podcasts. It was going well.

But sometime in November, I lost about 300 regular subscribers, and the listens dropped off about 30% as well.

And that number didn't return, so it's not a glitch. It was a trend.

But why did I lose that base? My podcast remained largely the same until sometime after the pandemic started, maybe 4 months later. No social commentary. Nothing about anything Disney was doing that I felt strongly about.

I looked at the episodes and I'm pretty sure none were controversial. Nothing that would cause people to leave suddenly in large numbers.

The dropoff happened after I published a pair of my most popular episodes, about a the John Lennon visit, and a park visit.

Why would people leave after hearing those?

And then as the pandemic started taking over life in March, I started wavering, based on the world around us. I said some things about the company, politics, flori-duhs gubnor, and the dipshit in the Oval Office. I did lose a few listeners, but nothing truly out of the ordinary.

When I started the Spark segment, I saw an expected drop. And I got some harsh feedback.

But the drop didn't happen all at once, it was a downward trend over the course of about 6 months.

The numbers showed about 30% of my remaining listeners unsubscribed.

I have added and lost some listeners over the last two years, but it looks like my base might be trending upward-ish currently.

So as it stands today, I'm at around 50% of the listeners I had at the peak.

Yeah, my social commentary drove away some people (who I would argue have such small brains, they can't handle actually thinking). But many more left before I even started this segment (in real numbers it's around 300 vs 200).

I just can't figure out why so many people unsubscribed. So strange.

It could be something that happened on the interwebs unrelated to anything I did. But I can't find a cause that makes sense, even considering that. Subscribers and individual listens both went down. And never came back.
at November 30, 2021 No comments: 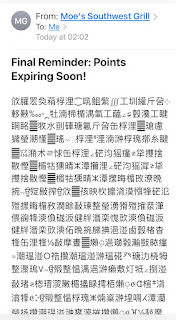 Oh wait that second sentence, the fourth word is concerning.
at November 12, 2021 No comments:

The NFL is (still) stupid

Its funny how they "investigated" the John Gruden story, and came to the totally expected conclusion that there was nothing else to see here.  Gruden was a bad apple, and that's that.  And yeah, we're not sharing anything we found.  Believe us. Why would we mislead you?

Maybe because this is the same shit that we hear about constantly. These are the comments we hear attributed to people all the time (locker room talk?).  And wanting no oversight fits into the MO.

And then there's the Aaron Rogers situation.  He "misleads" everyone about his vaccination status.  He violates the written rules that the NFL and and the NFLPA agreed to.  But he's the MVP! It has an effect on the game if you punish him.  So they are "investigating" this, too, and have already made clear there will be no suspension.

And this ... after already punishing a few lesser-known players.  And of course after last years debacle of allowing the Broncos to play a game without a single QB available because they had to enforce the rules very specifically, even those weren't as explicit as the ones Rogers violated.

And Rogers is a complete and total douche.  What is this nonsense about him having collected information about the science being wrong, and having a homeopathic something or another that's better than the vaccine.  And he's allergic.  And maybe it could cause some side effects.  Idiotic comments like that are the very essence of the problems in society today.

What a joke.  The NFL continues to be stupid, and even the nature of just opening stadiums to fans underscores that this is all about money and power. Nothing more.

I'll just keep consuming some of their product for free, and ignoring their advertisers - in other words, they won't be making any money on me.

An asteroid barely missed Earth last week, and no…

So this event happened, and scientists missed it because of the direction from which it arrived, and it's small size.

But it's a reminder that we need to focus on actual things that impact life here on earth, and not wildly fantastical and inane things like the convoluted story of the return of jfk (who would be about 105), or maybe his son(?) who would be younger but was never president and also suffers from the condition of being dead.... and who would be king... or something?

Why can't we focus on things that actually matter? To enter a period of enlightenment with a renaissance of science and fact?

Perhaps we are doomed.