I think someone needs a new editor 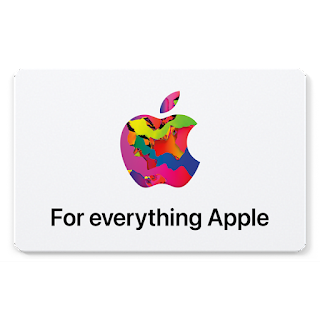 Got new iPhones. For the most part, they were easy to setup, and transferring data was simplified from last time. Hey no iTunes required!

But there was a minor issue that my phone needed an iOS update, and when I tried to do that during the setup, it hung for an hour.

But then it came time for purchasing apple care...that was just stupid.

We had some money on apple gift cards, so we put it on the "apple account" and then set out to sign up for apple care.

Sorry. You can not purchase it online using your apple account.

You can, however, go into an apple store and use gift cards there.

Which meant that we had to make a call to refund the money from the account to the gift card, and make a trip to an apple store to simply buy apple care.

So much for "for everything apple"

Funny how this all works (campaign fundraising edition)

Never forget that for some people *cough* Trump *cough* elections are about money and profit.
I saw a headline yesterday that Trumps lawyers sent a cease and desist letter to the GOP; they weren't allowed to use his likeness in any fundraisers. Only he may do that. They summarily shit canned the letter; Trump is a public figure and former head of the organization. Of course they can, in their opinion.
And here's where things get interesting.
As I've noted before, at some point the RNC fundraising effort (you know the machinations, data, and fundraising for the GOP) was folded into the Trump campaign.
Politico broke that news, and you can read about it here:
https://www.politico.com/story/2018/12/18/trump-machine-swallows-rnc-1067875
And since, they've put the keystone cops in charge of it, and according to some it's basically a mess.
And this latest move by trump to control rights to his own likeness builds on that.
And while there are many examples of how this has gone wrong, one of the best summaries was in this article:
https://www.sentinelsource.com/news/local/gop-operatives-decry-move-to-merge-trump-campaign-national-party/article_9dec3bff-98b4-5c9c-9632-a14b04e67c7d.html

﻿John Weaver, the chief political strategist for Ohio Gov. John Kasich, stressed that the Republican Party cannot afford to lose more members than it already has under Trump, especially given the changing demographics in the U.S. with a shrinking white majority and changes in voting patterns among those with a college degree.

In the big picture, according to Weaver, any short-term gains for Trump are far outweighed by the long-term implications for the party's standing.

"We're in a demographic death spiral, and math isn't spinnable," Weaver said. "... There's a (party) re-alignment taking place right in front of us."

In many ways, they know that if "something" doesn't change, it could be bad news for the GOP.
at March 09, 2021 No comments:

And yet he represents them, anyway! 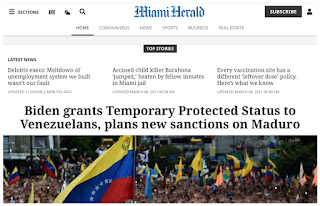 During the election cycle, by and large the Venezuelan population in Florida decided to go all-in on Trump because... reasons!

There was some chattering that "obviously" trump hated Maduro and he'd be likely to grant visas for people who were here, fleeing the regime.

Never mind that he never actually said anything about it. It just had to be true!

And Biden, well, he was a socialist, so therefore he was just like Maduro and won't help them.

Flash forward to this morning. Oh look, Biden doesn't like Maduro either. Shocking, I know. And he's not much like him, either, it turns out.

Oh, and he represented the interests of people who didn't vote for him, people who openly opposed and mocked him during the election. And without even telling them they had to apologize first.

The conclusion to one part of my genealogy research

If you read a piece I did some time ago, you may remember that I had a family mystery with my grandmother - she had a legal issue and I thought she went to jail.

I felt determined to figure out what happened. So I dove right in. Once in a while you get lucky, and hit on a thing or two and can get rolling.

At first I struggled with her name. She used several variations of her name almost like stage names. She also did a lot of misdirection. So it was slow going for a while.

But then I found her divorce record which included her legal name. I went to the dade county court site. Nothing. Then I visited the Miami herald archives.

And bonanza. There were articles and it was easy enough to follow the story.

She held a lease on a 4 unit building (I'm not clear whether her stake was just one unit or the whole thing) and it was insured for $14,000 (it appears to have been on the contents, what's up with that)...

She found a 16 year old "troublemaker" and offered him $500 to burn the place down. Its a little sordid, because she found him via my dad, and met him on a park bench to work out the details of the fire.

She left gasoline and other combustibles in one unit, and gave him a key and $100. She offered $400 more when she got paid from the insurance. She also said she'd get two of the tenants out of the building - but not a third, elderly man.

The boy took the money, and then had second thoughts. He told his parents, and they went to the police. The police investigated and found the gasoline and arrested my grandmother, at a store she owned (I don't know where in the world she got the money for the store or this apartment; this wasn't where she lived - she resided on Miami Beach).

The trial was fairly short, and she was convicted, and got 3 years, but had the sentence reduced for good behavior.

My mom told me that jogged her memory, and my grandmother wound up paying off the attorney's fees by going to work for him as a receptionist for a few years.

That settles that piece of it, but of course raises more questions.