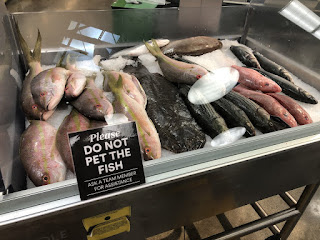 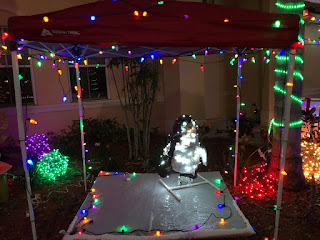 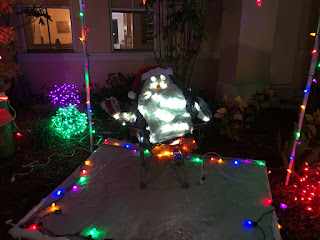 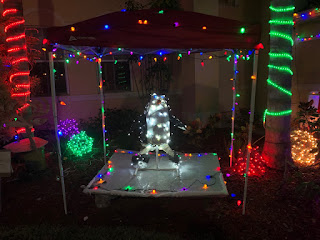 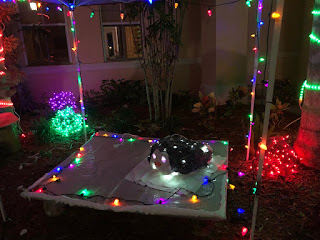 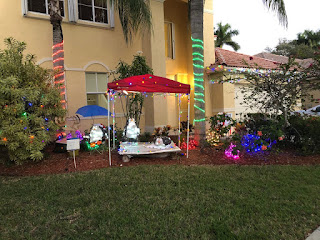 Even though I didn't win (or even place) in my neighborhood competition, I'm still pretty happy with how this worked out.

How I would have made Star Wars

The last Star Wars movie comes out next week, and by and large, Disney missed the mark with the whole franchise.  From Episodes 7,8, and 9 to the Solo movie, it just is lacking some of the gravitas of the Lucas films.  Sure, the Rogue One movie was decent, but it was the rare shining light.

The story could have focused on a character like Rey who is finding herself, and growing in power and is ready to stake out on her own.  You don't need Finn showing up.

As far as original trilogy characters, Leia could have been in the senate and fighting for a greater good. They could have had her intersect at some point.  Perhaps Rey could have met Han and Chewie at a Cantina or something and left with him - not unlike Luke in that sense....Luke should come later.  The whole Starkiller base could have been cut. They could have still met Maz and learned about the light saber, and gotten a little more backstory there.  The hook is that the force is still working with characters, and they are going to build into something.  A force vision would have been nice - maybe some past, some present, and some future.  But don't forget to include them later.

Episode 8 should have carried the story forward - Rey finally meets Luke.  But rather than crotchety, he is more pragmatic. We learn that Luke has been using the force to meet other jedi in hiding, but who have more recently come out.  And he's learned that the jedi order wasn't quite what it seemed.  They could use the "point of view" that Obi Wan talks about in Empire - they were guardians of peace, but same were corruptible, like Dooku was.  Or Anakin.  And they caused more harm.  And he asks Rey to join him on a quest to right the wrongs.

Maybe we could meet a conflicted son of Han, who has been tempted by the dark side and is working for this first order as it rises to power - and they are trying to take over the galaxy.  No need for a superweapon! They could have been offering peace and protection to the galaxy against the backdrop of an inept senate.  Sure there could have been an element of peace through superior firepower, but that could have been part of their strong arming tactics.

Leia could have taken a faction of the senate to fight for good - but they don't have to come out of the resistance, nor do they have to be small and wimpy.

We're clearly heading for a showdown.

Episode 9 - it all comes together.  The new jedi order has also been working to also restore order and peace while finding a new way.  This could be a cool way to reintroduce them as something good.  Luke should be the central figure, but should move more to the yoda role as more of a mentor but still can kick ass.  The senate / republic joins them.  This first order fights them.  And we have some cool battle.

The Kylo character could resolve his conflict.  We could use elements like the wealthy financiers (from Disney's episode 8) who were equipping both sides to enrich themselves.  We could learn more about the jedi and where they failed.  While we don't need lengthy soliloquies about the inner workings of the senate - perhaps a little time spent on why they were inept would help; Sidious made them so...but what happened after?  And Rey could be the leader of the new jedi order - maybe make herself a light saber...would be nice to learn how that works a little.

I mean these are just things off the top of my head.  But professional writers thought "hold my beer.  I can screw this up and make things pointless and stupid." 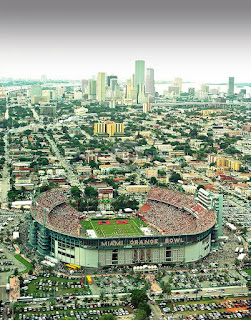 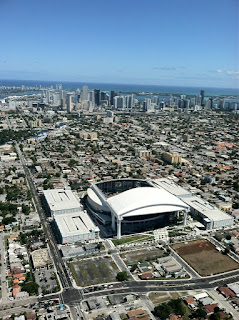 From the air, you get a sense of how they used the real estate.

For reference, the letters that "fell off" are on the east side (under the open window) while on the orange bowl they were on the west side. But hey! It's abstract art!

You can see how they moved the footprint about two blocks south (to the right in the picture)
at December 12, 2019 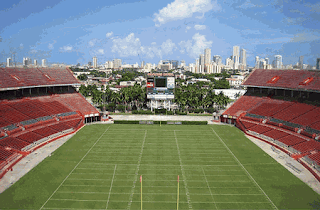 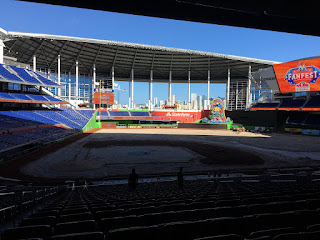 The view from the east end zone of the orange bowl always looked toward downtown Miami.

When they designed marlins park, they wanted to have a retractable roof and a big window that could be opened.

As a further bit of homage to the old tenant, they oriented it so the window is in left field; the view is the same - looking toward the city in what was the east end zone.
at December 12, 2019 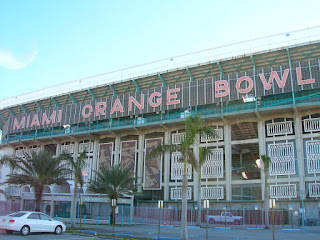 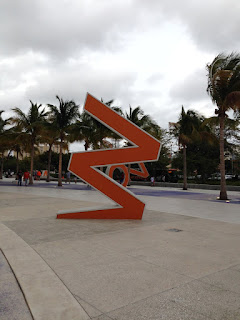 ﻿When the initial designs were drawn up to re-use the Orange Bowl site for Marlins Park, there was an effort to pay homage to the original tenant.

One thing they did was to design a kind of public art. They wanted it too look as if the letters on the façade of the old orange bowl fell off into the concrete; in an abstract way, they wanted us to imagine they lifted up the orange bowl in one corner and these letters slid off. 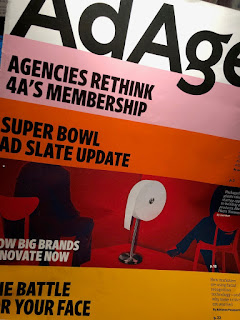 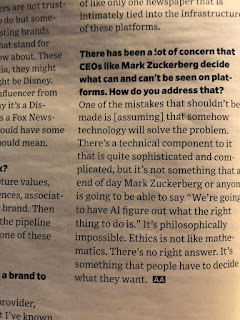 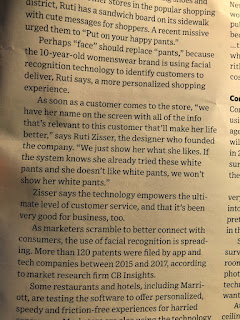 ﻿In a recent issue of Ad Age, there was an article about how AI needs to evolve when dealing with social media, so that people get more relevant information, rather than it being packaged for financial reasons. The person being interviewed says that we shouldn't assume technology will solve the problem.

Later in the issue, there's another article about facial recognition and all the patents that are out there. They talk about how they can directly reach out to consumers and include some items that clearly suggest that technology will solve the problem.

Ummmm. Maybe they should hire an editor.
at December 12, 2019 No comments: