And in other news, the same committee finds no evidence of intelligence in Nunez. 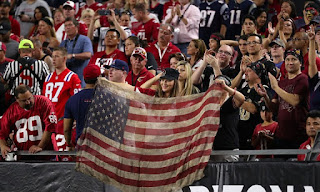 Yeah, that makes so much sense - Hannity edition 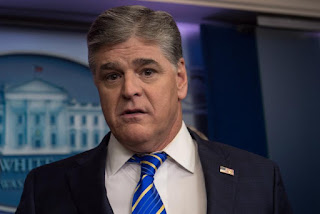 Hannity is a blowhard. He never went to college, and somehow managed to make a "successful" career in entertainment tv. I know not everyone needs to go to college, but in his chosen line of work, he has to form opinions. And without an educational backing, he lacks basic skills to interpret and share what he hears.

But I guess he says what a segment of the population is thinking, and wants to hear, so it works. Even if it is an uninformed and very prejudiced point of view.

And he makes a lot of money doing it. All the while he clamors for the spotlight. He headlines events, he gives talks, he likes being the center of attention.

And that's fine. I may not like him, but he's got a niche and an audience.

But then we find out he's also a real estate investor, and (ab)uses the HUD program. And he asks why we don't thank him for investing in inner city neighborhoods.

Two things occurred to me here: mister-I-clamor-for-the-spotlight expects us to believe he did this for the greater good, and without seeking any attention for it. I'm not buying that. And thank you for using the system to your white privileged advantage? Come on.

But the bigger issue is how he got into the business, and who he used to "answer a few questions." No one gets into these types of real estate transactions, on this scale, with this many shell companies, using federal money, in this many states without hiring a lawyer. And as far as we know, Michael Cohen is the lawyer he used for this business.

That boggles the mind.

Whatever other connections Hannity has with Cohen and/or trump we can set aside for a minute. It seems clear that Cohen was helping Hannity in the real estate business, without getting paid.

What is up with that?

And now returning to the deeper connections, what did Hannity give in kind? Was it just good publicity or was it more? Like having a dialog "as a journalist" with Russian officials?

This is a really strange find along the way.

BTW, in looking for a picture to use on this post, I noticed something: he only has one expression. It's bizarre. Almost like the wood maker never finished craving him before he became a real boy (and not s marionette)
at April 24, 2018 No comments:

Why are these holes forming in the ice? No one knows...for now...care to weigh in? 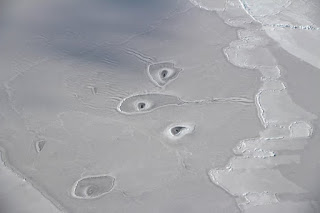 the earth doesn’t care what you think. Just because you don’t believe in it, doesn’t mean it’s not true

How the rest of the world views trump

How Trump views himself 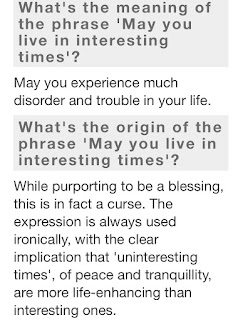 The news cycle is moving so fast and so much is happening. It's hard to keep up with all of it. And it's easy to make a silly mistake or follow an incorrect piece of info - or to assume something.

But what we do know is that there was more than "influence" in our election. There was an actual effort to undermine it, from a foreign power. And congress shrugs. Because apparently that's what corruption does.

At least we have few people willing to try and hold onto/restore our democracy.

Rosenstein hired Mueller and gave him broad powers to look for the truth. What was the extent of the election hack? Was the administration complicit? Was there foreign money used? How deep does it go? Etc.

So far, there have been a number of indictments, lots of subjects and targets, and we appear to be headed toward an issue related to money and collusion.

And the fool who sits in the Oval Office says it's a witch hunt.

The grand jury work, the publicly available information, and the wording on the indictments and court orders speak to it being quite the opposite.

And so yesterday, we had an extraordinary event - a warrant was issued to go into his attorneys office and gather information. This isn't exactly easy to get, and suggests a deeper issue - attorney client Privilege can be invalidated in the event a crime had been committed. That is, the attorney can not shield the clients crime.

What prompted this is the subject of much speculation, but it probably relates to comments by both men about payments in the Stormy case.

And so here we are. We have no idea what may happen next.

But what we do know is the trumpeters all rally around mueller exceeding his mandate.

He hasn't. But let's assume for a minute he has (though I must repeat, broad powers, he hasn't). Getting the ability to raid the attorneys office would suggest there is, in fact, a crime.

So are they saying that it's okay if he committed a crime? Mueller found something but he shouldn't have so forget about it. You can't have it both ways.

And let's not forget, the man who got the search warrant is the USAG for southern New York. This man was interviewed and hired BY Trump. I guess he forgot to take his loyalty pledge. Because upholding the rule of law is more important than the nitwit who wants blind loyalty.

Any sane and rational person would agree with the ongoing investigation. Would say "hey if our democracy is under attack we need to fix that!" And if he has nothing to hide, then he has nothing to worry about.

But this guy. He's doing the opposite which has the amusing effect of making him appear guilty. Whether he is not, we don't know. But he could look less so if he wasn't so defiant. And didn't surround himself with corrupt people.