I Rented A Helicopter To Settle A Physics Debate 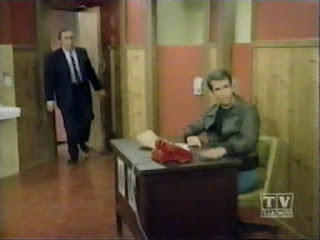 Of course he should be held in contempt. And treated with contempt. He should be arrested and spend time thinking while he sits in a cell.

And for him to claim "executive privilege" is (or maybe would be if this wasn't so serious - remember every single person needs to be held to account for their role in Jan 6) kind of hilarious.

He didn't have an official job. He's just a blowhard who's more of a groupie in a way.

Unless of course he's an executive like fonzie was and has an office in the bathroom. (And no disrespect aimed at Henry winkler, just sayin)
at October 21, 2021 No comments:

Wait. What’s this really all about?

﻿The Washington state football coach was the highest paid employee in the state. The conference his team is in made broad "suggestions" that everyone get vaccinated. His team had the lowest rate.

And of course he refused to answer whether he was vaccinated (translation: he was not).

The governor of the state signed an order that ALL state employees must be vaccinated. And specifically mentioned the coach.

The coach said he would comply but was very wishy washy about what that meant. And then when it came down to it, he balked. Never got vaccinated and said he wouldn't. Because: reasons!

So naturally he was terminated for cause.

Of course, he's suing to get his salary.

But here's where things get a little weirder. Along the way, he applied for a religious exemption. Why those are even offered is beyond me, but whatever.

In Washington, the process is that its "blind reviewed" by the state, meaning his name and job are left off, and it's reviewed. If the reviewers find that the person fell within the criteria, they pass it back to his supervisors who then make a final ruling.

If his religious exemption had been approved, he would have stayed on the payroll but wouldn't have been allowed to coach. So essentially, he'd be paid for being a royal douche.

I had "heard" that he was rejected in the blind review. But that may be incorrect.

Since it wasn't approved, he sued. Who is he suing? The athletic director (his boss) for being openly hostile. So it's possible his boss may have been the one who rejected it.

But consider that he would be unable to perform his job if he got the exemption. So it still makes logical sense that the only course of action was to fire him.

My dude cites his extreme religious convictions for his reason. But interestingly, he's Catholic. And the pope has actually urged followers to look out for their fellow man and get vaccinated!

How that gets morphed into a religious exemption escapes me.

But that's where we are in Murica these days.

…still the bigger point is that he wants his money. He doesn't care about anything else. This is a cash grab. He signed a lucrative deal and wants to be a prince and get treated like one.
at October 21, 2021 No comments:

About the Miami Dolphins

﻿Here's a crazy fact for you: 50 years ago. Five oh. The 1971 dolphins were beginning an ascendency under Don Shula. They wound up making it to the Super Bowl at the end of season, but lost.

And the following year was the "perfect season"…

50 years. For current players, you're talking about nearly three generations that have passed!

And as for the last time the dolphins even went to the big game, that was 1984….37 years ago. Still nearly two generations.

And let's not forget that their last playoff win was in 2000. A generation ago.

My take on publix

It is being widely reported that the founders daughter contributed large sums of money to organizers of the insurrection and to some attorneys general that also are complicit.

Now to be fair, she is not involved in the day-to-day operation of the store, though because it's privately family-owned, the money she donated did come from customers.

This is not the first negative article to come out about the chain. They are "conservative" in nature, donate heavily to GOP candidates, are decidedly anti-gay, and make themselves known as being anti social justice.

To me, this latest revelation changes nothing. I mostly shop elsewhere, like Trader Joe's, Whole Foods, Costco, Target, and some speciality markets.

But I pass very many publixes to get to those places. And there are no other chain grocery stores nearby.

So I will shop at Publix when I need a "something" to complete a recipe. And I will shop there at the times when it is advantageous to me: when there is a bogo, a sale, coupons, or other ways to stick it to them. At best, I'll be a break-even on their cost.

It's a shame in some ways, because their stores are clean and pleasant. Their workers are generally nice.

I'll just balance the convenience and essentially take advantage of them as much as I can.
at October 16, 2021 No comments:

Although I won't be at the space themed game in person, I will be there in spirit.

The United Nations designated the week in 1999 to help build enthusiasm for the space workforce of tomorrow. The goal is to inspire the youth of today to pursue careers that support worldwide efforts to explore and learn about our planet and its place in the universe.

UCF's been doing that since 1963, when it opened its door to provide talent for central Florida and the growing U.S. space program. UCF's space-related research and our proximity to Kennedy Space Center, the birth of the space race for America, gives our students many unique opportunities.

Students have helped prepared experiments that have flown on International Space Station and on several commercial space flights. One undergraduate student working with our professor on NASA's OSIRIS REx mission played a role in helping identify the best location to take an asteroid sample. Many other students and post-docs are working with UCF faculty on NASA and European Space Agency missions while others work with private contractors involved in launch operations. Our students are also well represented in NASA's Pathways internship program with 19 students last semester alone.

UCF's efforts to prepare students from across all walks of life is well recognized. That's one reason why NASA awarded a team of interdisciplinary professors a half a million-dollar grant to create transformative space technologies that support space exploration. The grant means interdisciplinary teams of faculty and students will work on projects with industry and NASA centers.

This week you'll hear about some of the exciting missions UCF is a part of and about some Knights who are working on out of this world research. And don't forget Oct. 22 is UCF's Space Game when our football team takes on Memphis. This year's theme celebrates the 40th Anniversary of the Space Shuttle program, including many Knights who worked in the program. You won't want to miss seeing the team's space-themed uniforms and special presentation.

About the Miami Dolphins

This was the team I grew up watching and blogged about, hosted a podcast about, and enjoyed watching for a time.

Then I moved on.

And now. They suck. There's no sugarcoating it. And they're never getting better. It's just not going to happen.

They won back to back superbowls. Went undefeated. Had the NFLs all time win percentage heading into 2000. Had solid ownership and great coaching.

And now they are just astonishingly hard to watch.

* 9 times they have had a negative point differential. One year the positive was by only a single point, and all 5 of wannstedts full seasons (in the first five years of this millennium) were positive.

* There has been no consistency at QB -
23 different players have started at least one game, in spite of two 5-year stretches with a named QB as the primary starter (Fiedler and Tannehill).

In summary: These last 21 years have just been atrocious. But I should also point out that the first 8, when there was absolutely more winning and when it still seemed like there was hope, H Wayne Huzienga was the owner. Stephen Ross took over in 2009, and nothing has been good since.

To those of you who are "diehards" and still with the team, you are suckers. Good luck.
at October 05, 2021 No comments:

That’s quite the headline.

﻿Stephanie Grisham describes the Trump White House as 'a clown car on fire running at full speed into a warehouse full of fireworks'
https://www.businessinsider.com/stephanie-grisham-says-trumps-white-house-was-a-hot-mess-247-2021-10

This is worth a few minutes of your time.