Sometimes, when I hear politicians - especially those on the Republican side of the aisle - speak, it’s like I’m watching Disney animated films.
It always feels like they are trying to make a point, but it’s supercilious and cartoonish in nature.
Like yesterday, when I heard someone say that trump shouldn’t be tried because “it’s in the past”...maybe Rafiki needs to come and hit them with a walking stick.
at January 26, 2021 No comments: 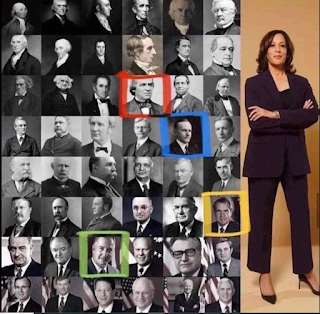 See the red box? Until then, she would have been enslaved."

See the blue box? Until then, she couldn't vote.

Yellow box? Until then, she had to attend a segregated school.

The green one? Until then she couldn't have her own bank account"
at January 25, 2021 No comments:

Returning to what passes for normal.

﻿Vaccine distribution is ongoing and we're on a path to something close to normal again.

But people still don't get that the vaccine protects you from getting sick, but until it gets widely distributed, you can still be a carrier and get other people sick. So you need to still wear a damn mask.

There's also a subset of the population that seems to think that if you've had it, and recovered, you can't get it again or spread it. Both of which are false. And you need to wear a damn mask, too.

Setting aside that there are new mutations of this virus and the vaccine efficacy is unknown against those, we'll set those aside for a moment.

Looking at the data, about 5% of the total population (or about 16.5 million people) have had a single shot.

But only about 1% (3.3 million people) have had both shots and are considered vaccinated.

Most health organizations see the threshold for vaccine penetration to range between 50%-80% of the population, to reach a version of herd immunity. That is, both shots.

To be clear, that would mean to being well enough vaccinated; to stop the spread, be protected against getting it ourselves, and having enough people that way so that we no longer are transmitting it.

That's a wide range, so let's assume the midpoint. 65% of the population. Or about 214.5 million people.

If we remove the 3.3 million, we're left with 211.2 million people to vaccinate.

If we can get to 1 million people a day, that would mean it would take us about 200 days for enough people to get their first shot (211 million minus the 12 or so million that already had their first shot)
That's August.

But there's the matter of second shot. Would it take another 200 days? Would we get faster and have more distribution?

And of course that's assuming things go smoothly and there's no serious mutations. (🤞)

In other words, we've got anywhere from 8-14 more months of this to get there.

So hold tight. What passes for Normal is out there. But we still have way to go.

I haven’t had much to say in recent days. The events happening in and around trump were just...absurd. And the assault - the domestic terrorism, insurrection, and sedition - on the Capitol was beyond the pale.
But it’s a new day. We can be smart again. We can embrace science, logic, reason, and even equality once again.
It’s weird, though, because, I have this feeling of hatred  Toward 45... and I’ve never hated an individual before. And then I remembered this moment in Star Trek, where O’Brien sums up the feeling quite well.
It’s not that I hate *him* per se. I do dislike him, after all, he’s a “game show host” and not a leader. But history will judge him. As will the many lawsuits he will have to deal with. Perhaps some will be federal charges, but that’s not the point. The point is we can see the wannabe-emperor has no clothes.
And so we move forward.
at January 20, 2021 No comments: