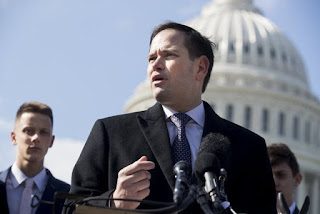 Professor Hawking was an inspiration to me.  Although he was stricken with a disease, his indomitable spirit persevered. His brilliant mind still challenged us all to think and grow, and helped us to always keep learning.

Here’s a fun interview he did with Colbert.

And in the early 2000s, Peter Diamandis ran ZeroG - a company that took people on parabolic flights so they could experience periods of weightlessness.  ZeroG got you as close as possible to going into space.

Diamandis heard that Hawking wanted to go into space, so he made it happen!


Godspeed Professor Hawking. The world needs more people with your intelligence.
at March 13, 2018

"We also recognize another important limitation on the right to keep and carry arms. 'Miller' said, as we have explained, that the sorts of weapons protected were those 'in common use at the time.' 307 U.S., at 179, 59 S.Ct. 816. We think that limitation is fairly supported by the historical tradition of prohibiting the carrying of 'dangerous and unusual weapons.'" 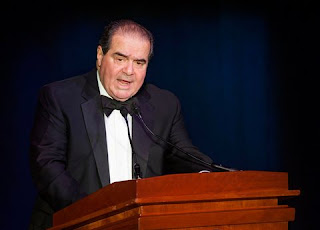 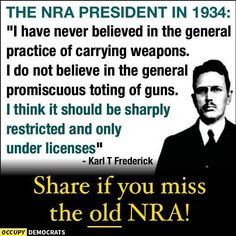 Gun rights and the constitution. #MakeAmericaSmartAgain 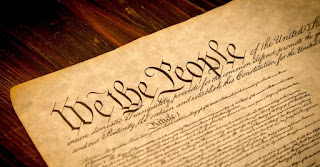 As we all know, the constitution is a document that was intended to provide a framework for governing. But it was always intended to grow and change as the country did.

It was written in September 1787, and wasn't ratified (ie adopted by the states via a vote) until almost a year later, in June 1788.

And then they set about amending it. The first set of 12 amendments were submitted in September of 1789 (a year after the constitution was ratified), and 10 of them made it through the process to become the "bill of rights;" these were finally ratified around 2 years later in December 1791.

The thing is that the founding fathers knew that the document would need to evolve, and they'd have to adjust it to keep up with the times via the amendment process. Hence why the first group was a bill of rights - they wanted to set forth the guidelines for how the citizens of the nation would be treated.

Those 10 amendments in short are:

1. Freedom of speech, religion, and the press. - the idea was to allow free expression so all would be welcome to take part and we could essentially keep ourselves in check.

2. Bearing arms. - this is the most debated amendment. Essentially it allowed for militiamen (those serving the country before there was a standing army) to be able to defend it, owing to the British still very much interested in the America's. And perhaps more importantly, it was a nod to slave owners in the south; they would be able to use arms as a means to protect their "investments"

3. Ensuring that private residences wouldn't be commandeered by the government - this happened at times during the revolution and was a legitimate concern

4. Illegal search and seizure. - another way to be sure that individuals have a right to privacy, and prevents against the government overreaching

5. Certain legalities like double jeopardy, grand juries, due process and so forth. - and more about how citizens were to be treated.

6. Right to a fair and speedy trial - another way to bestow on citizens the ability to not be treated unfairly.

8. Fines, bail, and cruel & unusual punishment. - this aims to protect citizens from their government doing anything to cause undue expenses.

9. Unenumerated; Ensures that other rights are bestowed on the citizens.

And 10. Federalism so that the federal government works for the people and ensures states maintain some power.

Since that time, 11,500 amendments have been proposed. But only 17 more actually were ratified.

The large number of possible changes reflect that this country can and should evolve its document over time. And the fact that only 17 were ratified shows just how hard it is. Let's take a peek at the others.

And 27. Congressional salary (1992 though to be fair it was in effect starting in 1789, it was never ratified)

So there you have it. A living and breathing document that has evolved with the times. It was altered to eliminate slavery, allow people to vote, not allow a president to serve 4 terms after teddy roosevelt, change succession after Kennedy's assassination, and to prohibit alcohol and reinstate it.

So anyone who tells you the constitution can't be changed is lying.

And that brings us back to the 2nd amendment. It's so stuck in time. We have a standing army. We don't have slavery. And surely not even the most forward thinking person could have ever imagined a weapon like an assault rifle.

It's time to consider a 28th amendment that more clearly defines what weapons may be owned and perhaps that it need to be registered and the owner has specific requirements to keep it.

C'mon man. Do you really think a few guns would fend off an actual army? That's just folly. So why do you need to protect yourself against *that*?

I'm sure folks in 1919 never in their wildest dreams would have thought they couldn't have beer or whiskey. Yet congress did it anyway. And then they changed it again.
at March 06, 2018 No comments: