﻿I cut the cord a while back, and that means that certain channels are unavailable to me. Among them are the (formerly) fox sports regional media channels. They air the local pro sports franchises, so we can't watch them.

And in a purely absurd move, we can't get the channels through any package (you can only get them if have local cable, which means cutting the cord is impossible) and due to outdated blackout policies, we can't watch them, even if we subscribe to the sports' league pass. I can watch every game of the Seattle baseball team or Oklahoma City's basketball team, but not my local teams. Go figure.

Anyway, I was visiting someone yesterday and the Marlins were on tv. I noticed that it's not fox sports anymore - it's the Bally network. What the frick is that?

I google it. It's complicated. Kind of. Going back, this was a small regional network that Wayne huizenga (owner at the time) invested in to get his Marlins and panthers (hockey) on the air.

Buy outs and acquisitions, it becomes a part of the fox sports regional networks and stays that way for a long time.

Then disney buys out fox - except for news, business, and sports.

Sports ... well ... because they own espn, they can't own them under fcc rules and besides they don't really want it.

So they look for a buyer. Fox sports gets sold off on its own. But the regional networks get bought by Sinclair. They are this weird, conservative group that has been acquiring tv stations and having them air very specific pre-recorded things that are "opinions" that might just as well be tucker or hannity on Fox News.
More on that topic here: https://www.vox.com/2018/4/3/17180020/sinclair-broadcast-group-conservative-trump-david-smith-local-news-tv-affiliate

So disney makes a buttload of money. And the regional sports have a new owner - but they try to bury their affiliation by finding a sponsor: the Bally casinos!

Because nothing says sports network like a casino tie-in.

So, in a way, it's just as well that I can't see them and don't have to deal with their nonsense. 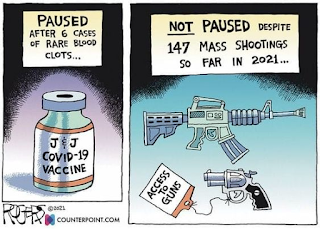 The word of the day, boys and girls, is "collusion"

secret or illegal cooperation or conspiracy, especially in order to cheat or deceive others.

Back in 2016, it seemed clear to me (and to anyone with half a brain) that Trump colluded with Russia in order to get elected. There was certainly enough evidence to support the theory, and the Mueller investigation bore that out (even though Barr tried to spin it, that was the conclusion).

Yet, I got into arguments with idiots who decided that anyone who said there was collusion was the equivalent of the old man yelling at clouds.

How you like me now? I was right, and now I can tell those of you who argued with me to go fuck yourselves.

Interesting to note, that as the guest points out, it would have been difficult to make the evidence admissible, especially under the circumstances. So we couldn’t do much then...

I don’t know what becomes of this revelation, but it certainly makes the case that trump was a Russian asset, who undermined “our way of life” and then aided and abetted the enemy during the Russian bounties.

And of course, there are fools who still believe in him, and think this is nonsense.  Sigh.  We have a long way to go to “fix stupid”