We watch too much tv. We put people in a pedestal. We laud our athletes. And it causes the ridiculous hysteria.

Kobe died. It's sad. Made sadder by him being with his daughter. Okay. I don't know anything about Kobe, other than he played basketball and I saw him as a ball hog. Didn't much care for him personally.

And of course there was the rape allegations. And the affair. But that's it. People say he was "great" in ways. I wouldn't know. I know nothing else about him.

And maybe he did some of the good things they say about him. I wouldn't know, and not to be callous, but I don't care, either.

Every single day, good people die. Some do more than we will ever know. Some of them are public about it, and never get credit.

But here's Kobe now on his 4th day(!) of coverage. It's just too much.

But this is what happens with our reality tv nation. Somehow "we" think we know the guy, and mourn him.

He's another human whose life ended too soon. That's sad, sure, but why does he get wall-to-wall coverage?

And weirder still is the fact that in every huge news story, there are ALWAYS detractors. People who offer (an often ludicrous) differing point of view.

Where are they this time? Why does this story only talk about him in glowing terms?

Is this what we're doing now?

I find this all vexing and frustrating. Isn't there anything else we can talk about?
at January 29, 2020 No comments: 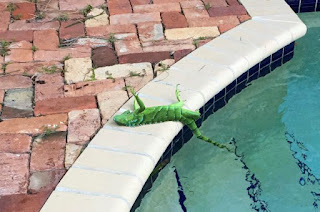 As temperatures dropped around south Florida, iguanas literally froze and fell out of trees. But they don't typically die, rather there's a hibernation like thing they do, and they remain alive.

A decade or so ago, many more iguanas were seen around when temperatures dropped than were seen this time.

What gives? The population actually increased, and the temps were certainly cold enough.

It's a little thing that we call adaptation. Over the last few decades, iguanas it would seem, have developed an ability to withstand the cold. This is in their genetics.

It's in ours too. Over a relatively small span of time, we can adapt. And start an evolutionary process.
at January 27, 2020 No comments:

I happened to catch this nonsense live. It was pathetic. And the worst part? As it all cleared, the officials decided to put time on the clock and award free throws because, quoting the announcers, "there are bets on the game."
I'm sorry. This is a college game. It's supposed to be about education (Hahaha I know that's rich!) and they are representing the university.
The only acceptable right answer is for both teams to immediately suspend every single player, forfeit the season and not play again. And then go through each player individually to decide whether to dismiss them from the university, and perhaps to make an effort to recover the scholarship money given to them.
But we all know it's going to be a couple suspended, and some "stern warnings" because there is too much money at stake.
I thought college sports were better than this. But how naïve of me.
https://www.espn.com/video/clip/_/id/28534122 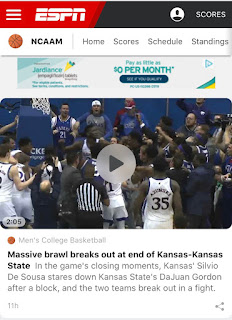 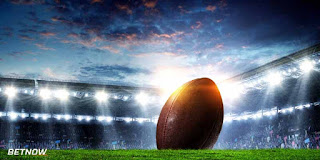 ﻿The big game is coming to Miami. But the whole thing is a huge grift. The very profitable nfl has a long list of items (some might say demands) that they want from the city. It's everything from tax breaks, to reduced costs for hotels, to extra police, to favoring big sponsors over other things in the community, to taking over venues for low cost.

So when the pitch was made to have a game in south Florida, Miami Dade county jumped at it ... but broward (the next county north, literally a stones throw from the stadium), said no thanks.

So the super bowl moved from being a south Florida event to a "Miami" event.

And they decided to make it all about Miami dade county, including many cities - especially south Miami Beach (the one you always see with the pretty people).

Many nfl events, and most broadcasts will come from there.

The funny part is that south beach is more than 20 miles from the stadium (and it's not easy to get there so it's an hour drive). Meanwhile the dolphins training facility (where one team will practice) is about 8 miles away (and a direct route). But it's in broward.

And the stadiums namesake - hard rock - has a flagship hotel and entertainment complex which is probably under ten miles and also a direct route. It is owned by Seminole tribe....but is also in broward - so it has nothing going on super bowl-wise, because broward didn't give in to the demands.

Failure is always an option